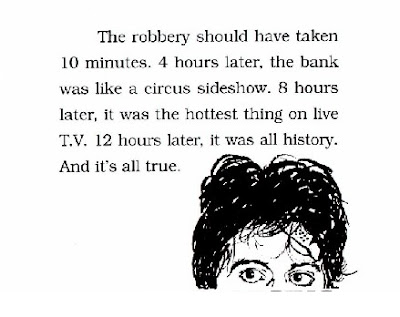 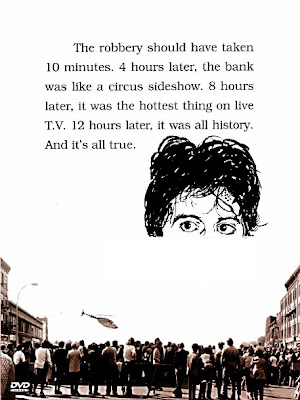 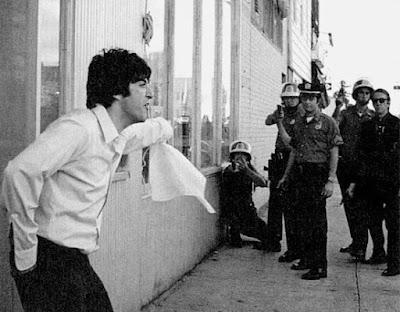 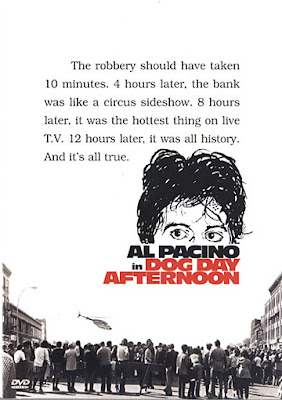 The film will be screened in its original language, English,
with Greek subtitles. 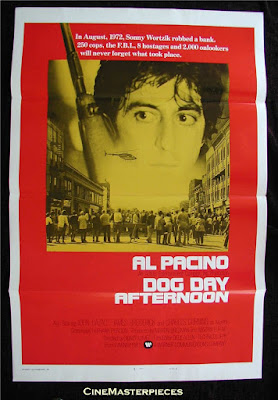 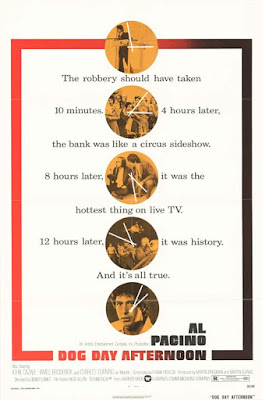 Film is based on the real-life story of John Wojtowicz, who attempted to rob a branch of the Chase Manhattan Bank, at 450 Avenue P in Brooklyn, at the cross street of East 3rd Street, in Gravesend Brooklyn, New York on 22 August 1972. He and Salvatore Naturile held nine bank employees hostage for over 14 hours. Wojtowicz was trying to get money for his lover, Ernest Aron, to have a sex change operation... He had watched "The Godfather" (1972) the day he robbed the bank to get ideas (both Al Pacino and John Cazale were in "The Godfather"). 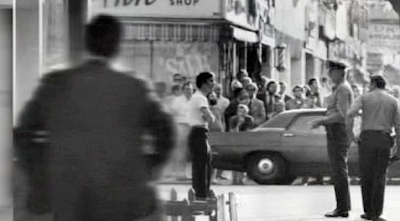 Frank Pierson wrote his Oscar-winning script (around only 12 sequences) inspired by a 1972 "Life" magazine article by P.F. Kluge and Thomas Moore. In the article, robber John Wojtowicz was described as "a dark, thin fellow with the broken-faced good looks of an Al Pacino or a Dustin Hoffman".


Al Pacino initially agreed to play the part of "Sonny", but told Sidney Lumet near the start of production that he couldn't play it. Pacino had just completed production on "The Godfather: Part II" (1974) and was physically exhausted and depressed after the shoot. With his reliance on the Method, Pacino didn't relish the thought of working himself up to a state of near hysteria every day. Lumet unhappily accepted the actor's decision and dispatched the script to Dustin Hoffman. Pacino changed his mind when he heard that his rival was in the fray.


Because of the outrageous quality of the real life story, director Lumet deliberately chose not to look at any of the footage of what actually happened that day. The entire film is mostly improvised, though around the script. After rehearsing the script for weeks with his cast, Sidney Lumet took the improvisations that were made while rehearsing and made that the official screenplay. 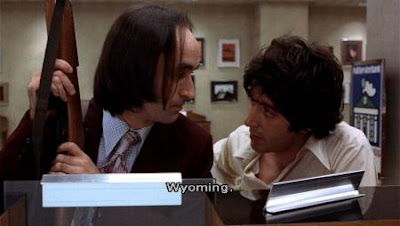 John Cazale's answer to Al Pacino's question in the film of where in the world he'd like to fly to was an improvisation. Pacino's surprised response was absolutely genuine as he had no idea what Cazale was going to say.


Pacino's now legendary shouting to the crowd of "Attica! Attica!" was also an improvisation. It has been voted as the #86 (out of 100) movie quote by the American Film Institute.


Another notable improvisation was Al Pacino’s and Chris Sarandon's phone conversation. Lumet made Pacino do the phone conversation with Leon a second time even though his first take was perfect. Lumet's reasoning was because he saw how much the scene took out of his actor and he wanted Pacino to look exhausted, as the character had been holed up in a bank, and a highly stressful situation, all day. 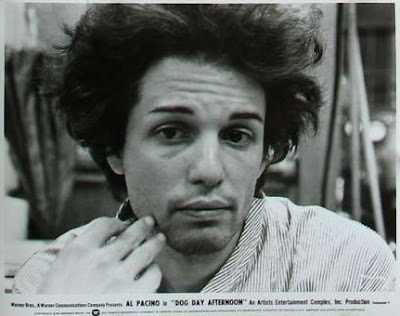 Halfway through the production, Pacino collapsed from exhaustion and had to be hospitalized for a short time. After production was completed, he decided to stop doing films for a while and return to stage work. His performance as "Sonny Wortzik" is ranked #4 on Premiere Magazine's 100 Greatest Performances of All Time (2006).


Director of photography Victor J. Kemper stuck with practical lighting for most of the film, relying on the fluorescents inside the bank. After the initial title sequence (Elton John, "Amoreena") there is no background or incidental music on the soundtrack. Other than fake sweat, there was no make-up used in the rest of the film. 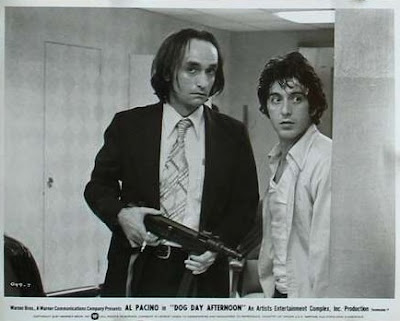