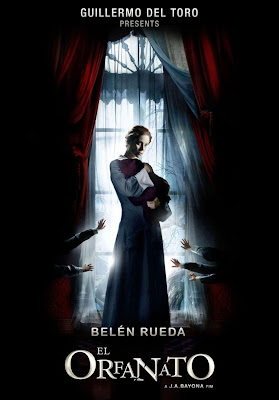 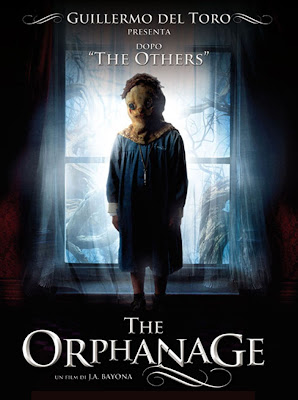 The film will be screened in Spanish (its original language)
with Greek subtitles.


Best of IMDb trivia
[with some edits, highlights and links]

Sergio G. Sanchez wrote the screenplay in 1996, ending up in Juan Antonio Bayona's lap in 2004 [Sanchez wanted to direct his own screenplay, but soon found that no Spanish production company would let an untried director helm such a major project]. Bayona approached his friend, Guillermo del Toro, to help him produce the film and double the budget and shooting schedule.

One of the orphaned children Laura identifies in the photo she is shown she calls "Guillermo", an obvious nod to the Producer of the film. You also see his name during the scene where the window behind Laura smashes and she reveals the names of the old orphans and the dolls.

Belen Rueda was Juan Antonio Bayona's first choice for the lead from the start. This was mainly after seeing her performance in Alejandro Amenábar's "Mar adentro" (2004). To prepare for her role, he had her watch "Close Encounters of the Third Kind" (1977) and "The Innocents" (1961).

Juan Antonio Bayona wanted the film to hark back in tone to 1970s Spanish cinema. Hence the casting of Geraldine Chaplin who had starred in two successful films from that period, "Ana y los lobos" (1973) and "Cría cuervos" (1976). Overawed at being in the company of acting veteran Geraldine Chaplin, Juan Antonio Bayona broke the ice on her first day by hiding under a bed and grabbing her leg when she knelt down in the dark. Chaplin's scream in the film is one of genuine surprise.

The orphanage was an old colonial house in the town of Llanes. As a lot of Juan Antonio Bayona's cinematic plans were impossible to achieve on location, several parts of the house had to be recreated on a soundstage. In fact, over 80% of the film was shot in a studio.

Premiered at the Cannes Film Festival where it received a 10 minute standing ovation.

It scored the biggest box office opening for a film in its native Spain, outgrossing the similarly successful "El laberinto del fauno" ("Pan's Labyrinth", 2006) and was the top grossing film in Spain in 2007, outperforming "Shrek the Third" (2007) and "Pirates of the Caribbean: At World's End" (2007).

Won 7 Goyas and was Spain's Official Submission to the Best Foreign Language Film Category of the 80th Annual Academy Awards (2008). 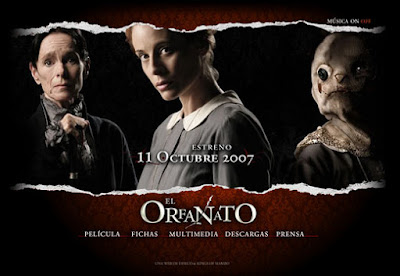