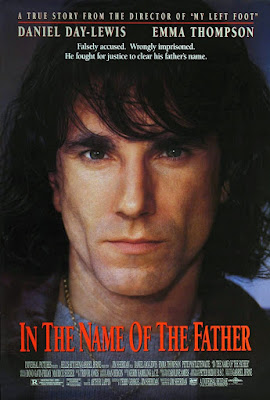 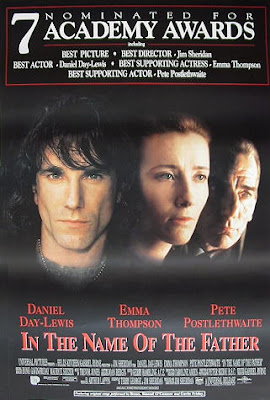 The film will be screened in its original language (English)
with greek subtitles. 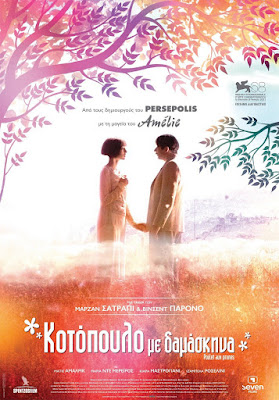 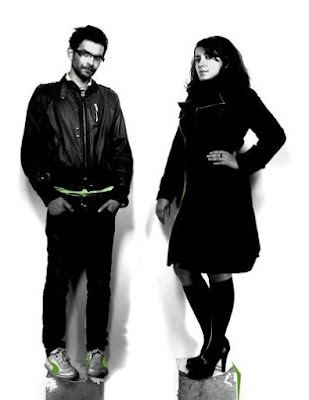 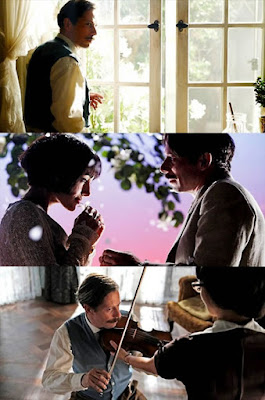 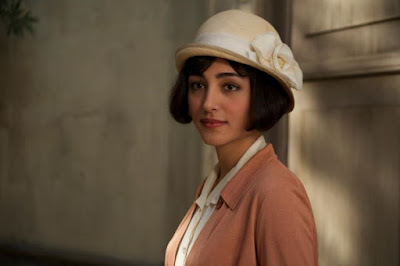 Email ThisBlogThis!Share to TwitterShare to FacebookShare to Pinterest
Labels: Films_2011-2012

Best of IMDb trivia
In the theatrical trailer, Angel Eyes is "The Ugly" and Tuco "The Bad," which is the reverse of their designations in the actual film. This is because the Italian title translated into English is actually "The Good, the Ugly, the Bad", not "The Good, the Bad and the Ugly", and the Italian trailer had "The Ugly" and "The Bad" in that order. When the trailer was transferred to English, The Ugly and The Bad were not reversed to coincide with the altered title, causing the incorrect designations.

Charles Bronson was offered both the roles of "Tuco" and "Angel Eyes" (the latter because Sergio Leone feared that audiences would not take kindly to Lee Van Cleef going from the fatherly, likable "Col. Mortimer" to a sneering villain. He declined both.

Sergio Leone first had Gian Maria Volonté in mind as "The Ugly". According to Eli Wallach's autobiography "The Good, the Bad and Me", Sergio Leone picked him for the role of Tuco not because of his role as "Calvera" in "The Magnificent Seven" as most people assumed but rather because of his brief role as a Tuco-like bandit in "How the West Was Won".

Besides Clint Eastwood of course, actors Mario Brega, Benito Stefanelli, Aldo Sambrell, and Antonio Molino Rojo are the only actors to appear in all 3 of the "Dollars Trilogy" movies. Even though this movie does not have the word "Dollars" in its title, it is grouped with "A Fistful of Dollars" and "For a Few Dollars More" as part of the "Dollars Trilogy".

The film was budgeted at an expensive (for the time) $1.6 million.

Orson Welles warned Sergio Leone not to make this movie on the grounds that Civil War pictures were box office poison.

The film was shot with a process called Techniscope. This process means that you can shoot without an anamorphic lens, and only use half as much film as you would normally use. The Techniscope process places two widescreen frames on a single 35 mm frame.

Shot in the deserts of Spain with 1,500 Spanish soldiers as extras.

The bridge that Tuco and Blondie blow was an actual bridge built by Spanish army engineers. According to Eli Wallach, when it came time to blow up the bridge, Sergio Leone asked the Spanish army captain in charge to trigger the fuse, as a sign of gratitude for the army's collaboration. They agreed to blow up the bridge when Leone gave the signal "Vai!" (Go!) over the walkie-talkie. Unfortunately, another crew member spoke on the same channel, saying the words "vai, vai!", meaning "it's OK, proceed" to a second crew member. The captain heard this signal, thought it was for him and blew the bridge; unfortunately, no cameras were running at the time. Leone was so upset that he fired the crewman, who promptly fled from the set in his car. The captain was so sorry for what happened that he proposed to Leone that the army would rebuild the bridge to blow it up again, with one condition: that the fired crewman be re-hired. Leone agreed, the crewman was forgiven, the bridge was rebuilt and the scene was successfully shot.

Eli Wallach would have been decapitated during the train scene if he had lifted his head up. In the wide-shot, you can see the step that would have impacted his head.

Eli Wallach was almost poisoned on the set after drinking acid used to burn the bags filled with gold coin to make them rip open easier when struck with the spade. The acid had been poured into a lemon soda bottle and Wallach didn't know it. He drank a lot of milk and filmed the scene with a mouth full of sores.

In the scene where the bridge is blown up, and "Tuco" and "Blondie" are hunkered down behind sandbags waiting for the explosion, Clint Eastwood's career came within 2 feet of ending prematurely. A fist-sized piece of rock shrapnel from the explosion slams into the sandbag right next to Eastwood's head (watch it in slow motion to see the rock flying in).

Clint Eastwood wore the same poncho through all three "Man with No Name" movies without replacement or cleaning.

The grips on Clint Eastwood's pistol have an inlaid silver rattlesnake. His pistol in "For a Few Dollars More" had the same grips. In the TV series "Rawhide", "Rowdy Yates" (Eastwood) kills a gunfighter carrying a pistol with the same grips and takes it for his own. Eastwood's character would carry the pistol with the rattlesnake grips for the remainder of the series' run.

Eli Wallach claims that Sergio Leone decided that Tuco would carry his pistol on a lanyard because Wallach told him he always had trouble putting a pistol in a holster without looking at it.
Leone asked him to grasp the gun by shaking his neck, thus making the gun land in his hand. Wallach claimed that he wasn't able to do the intended action, and asked Leone to demonstrate it. When Leone tried, the pistol missed the director's hand and hit his crotch. Leone then told Wallach to hold the gun in the belt.
In the gun store, everything Eli Wallach does with the guns is completely unscripted. Eli knew little about the guns, so he was instructed to do whatever he wanted.

During the scene right before the final duel where Tuco (Eli Wallach) is running frantically through the cemetery, a dog can be seen running on-screen at the beginning of the scene. In reality, that was improvised on the spot. Sergio Leone, who was afraid that the scene was going to slip into melodrama, released the dog without informing Eli Wallach first - thus, his look of surprise is quite genuine.

The three man gunfight scene is called either a "Mexican standoff" or a truel (game theory). There are several mathematical papers covering the many complex outcomes of a truel. Other movies that use a truel are "Reservoir Dogs" and "Pulp Fiction".

Due to the striking height difference between Clint Eastwood and Eli Wallach of over 9 inches, it was sometimes difficult to include them in the same frame.

Eli Wallach remembered that when he first came to Madrid all the hotels were full. Clint Eastwood invited him to sleep over at a friend's house and they shared the same bed. Wallach's wife Anne Jackson told him he could boast that he was the only man to sleep with Clint Eastwood.

Ennio Morricone's iconic theme music was designed in places to mimic the sound of crying hyena.

There is no dialog for the first 10-1/2 minutes of the film.

The three principal actors are the only ones who speak actual English in the film: Clint Eastwood, Lee Van Cleef, Eli Wallach, with the exceptions of Al Mulock (the one-armed man) and John Bartha (the sheriff). Everyone else in the film is really speaking their native language, mostly Italian and Spanish, and was later dubbed into English.

Four scenes were cut from the original English-language release and were never dubbed into English from Italian. When American Movie Classics showed the "Extended English Version", the scenes were restored. Clint Eastwood and Eli Wallach dubbed their voices for the movie, but another actor had to be found to dub Angel Eyes' lines, as Lee Van Cleef had died in 1989. 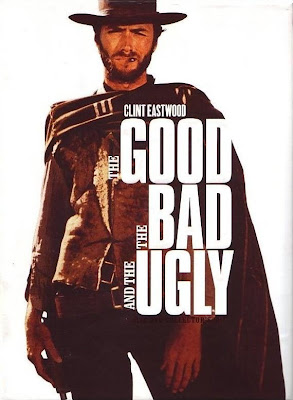 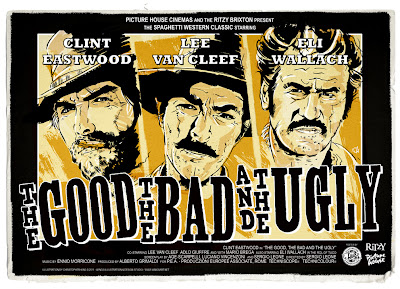 
The film will be screened in its 2003 extended English version
with greek subtitles. 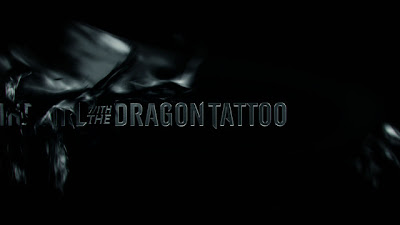 
The Girl With The Dragon Tattoo - Full Title Sequence

..."[The title sequence] was always supposed to be a very abstract version of key moments in the book and about Lisbeth. It was really supposed to be her nightmare sequence. Being a hacker is such a big part of her personality and who she was"... "we came up with the keyboard elements"... "I wrote one [vignette] called "The Hacker Inside," where we wanted to reveal her inner nature and melt it all away"... "The first designs were very slick and robotic and futuristic. Every time I would show David a design he would say, "More Tandy!" It's the shitty little computers from Radio Shack, the Tandy computers"... "really old technology. And David would go "More Tandy," until we ended up with something that looked like we glued a bunch of computer parts found at a junkyard together"...

..."When we originally started out he wanted to find some sort of defining creative pulsar that we could head towards"... "there was this artist who would paint himself black and stand in the middle of a gallery, David really responded to that"... "And, for whatever reason, a lot of the vignettes I wrote had liquid in them. Which was a big part of the story, the drowning, the river that separated the island. And David said let's just put liquid in all of them and it will be this primordial dream ooze that's a part of every vignette. It ties everything together other than the black on black"...

..."If you haven't read the book, you may not know that the wasp digging itself out of the eye is the tattoo on her neck"... "So there's the Phoenix tattoo, which is the Phoenix in the piece. And then the Dragon obviously"...

..."We wanted to represent the cycle of life and death that these flowers represented. They were sent to him every year on his birthday [Henrik Vanger, played by Christopher Plummer] for all these years"...

"The Blomkvist moment where he's being strangled by these strips of newspapers come alive. You might not pick up on the fact that they're bits of newspaper. David wanted that one to represent that [Blomkvist] is trying to speak the truth and the establishment is forever smothering him."

"There's two different sequences with hands, one with Lisbeth — that's my favorite. The hands come up and caress her face, and then they melt it"... "the same kind of thing happens to Blomkvist except he's torn apart by the hands"... "the hands on her face they're these gnarled and very textured"... "the hands on Blomkvist, they're more refined. It speaks to wealth and power trying to silence him and rip him apart. They're rich people hands, and with her it's the hands of bad men"...

"There's a woman who is being beaten and her face is shattered. That's supposed to represent Lisbeth's mother being beaten by her father"... "The vignettes are not just from this movie"... "We wanted to tell the story of all three books in these 2 and a half minutes. Moments like the beating of the Mother and the burning Father are from the later books."

..."the music really drives the editorial process in such a huge way. If you don't have that giant piece of the puzzle in place, everything can shift around a lot more. Having that from day one, because David was clear that this was it, having that stone in the middle of the river made everything else conform to it"... 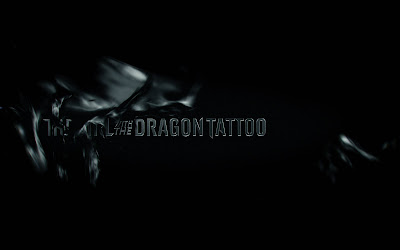 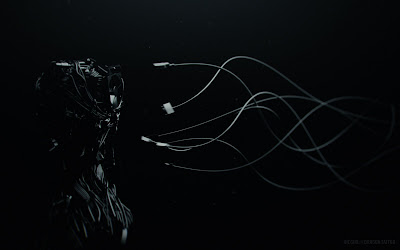 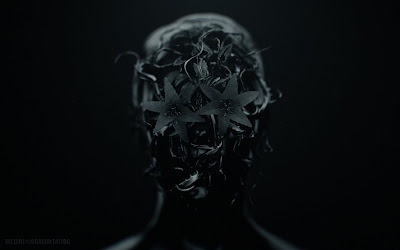 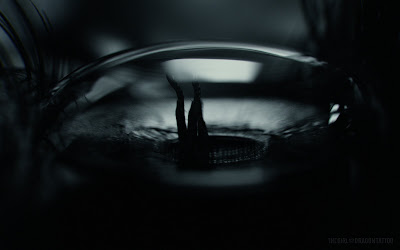 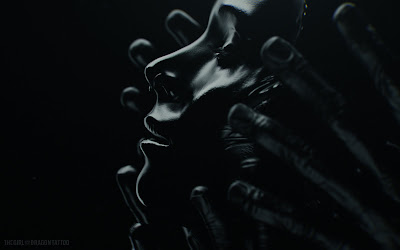 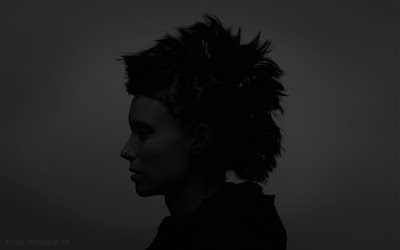 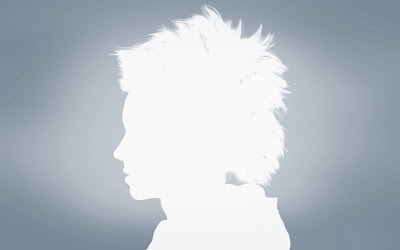 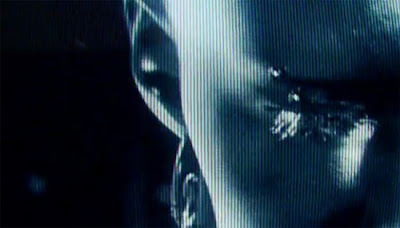 The Girl with the Dragon Tattoo: Opening titles music video