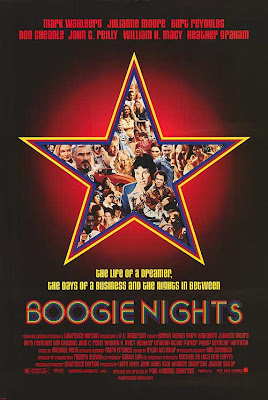 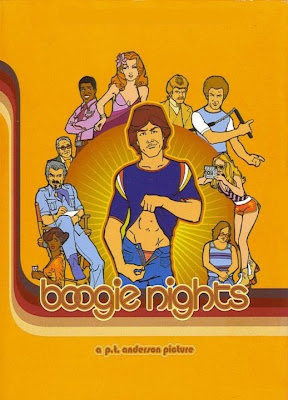 The film will be screened in English (its original language) with Greek subtitles. 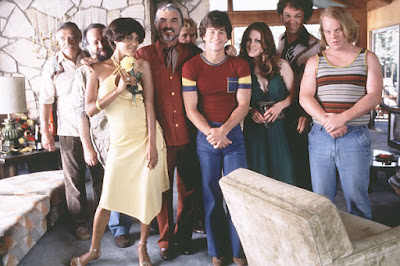 
Paul Thomas Anderson used "Exhausted: John C. Holmes, the Real Story" (1981) (V), a documentary about John Holmes, as a reference for some of the scenes in this film. Many interview scenes, including one where a strung-out Dirk tells the interviewer about how Jack allows him to block and edit his own sex scenes, are exactly identical to the interviews in "Exhausted", especially one where the strung-out John Holmes, for no clear reason, lies about how Bob Chinn allows him to block his own sex scenes.

Besides the numerous other parallels/references to John Holmes in this film, the sequence where Dirk, Reed and Todd are at Rahad Jackson's house - an attempted scam involving drugs, a rich and violent man, and a robbery plot that turns into a scene of bloodshed - is a reference to the Wonderland murders that centered around Holmes and gangster Eddie Nash in real life.


The entire film is based on the short film "The Dirk Diggler Story" (1988), also by Paul Thomas Anderson. It was a "This Is Spinal Tap"(1984)-like mockumentary, which would go on to be redone for the short "Dirk Diggler Story" in this film. In the original short film, Robert Ridgely, who plays The Colonel here, played Jack Horner. The man with whom Don Cheadle is talking in the stereo store is Michael Stein, who played Dirk Diggler. The original script was 300 pages, cut down to 180 pages. 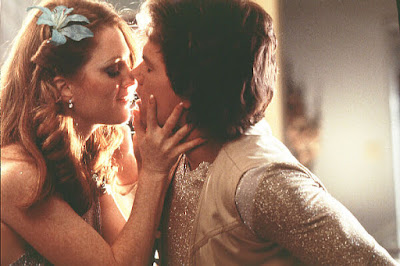 
Although the movie's title is the same title as the 1977 disco hit by Heatwave, lead singer Johnny Wilder refused to allow the song in the movie because the song was about dancing, not pornography. 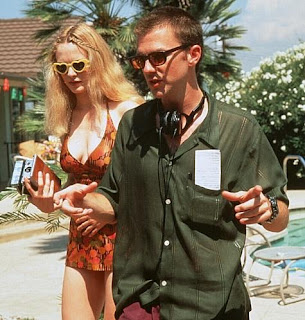 Because of his negative experience with a studio changing his film's title (see "Sydney" (1996), new title: "Hard Eight"), Paul Thomas Anderson made sure that the title "Boogie Nights" was actually mentioned in the film.


The opening scene is three minutes long, taken in a single camera shot, beginning in the street where Jack Horner and Amber Waves drive up and follow them as they get out of the car and walk into a night club. Most of the characters in the movie are introduced in this shot.
[Δυστυχώς χωρίς ήχο]
[facebook link]

Before the film was finished, Director Paul Thomas Anderson sent a rough copy to New Line Cinema for them to do the trailer for the film. The movie was pirated and distributed before it was released. The pirated work print includes many scenes not in the movie or DVD deleted scenes and were possibly deleted to avoid the NC-17 rating- as some are very explicit (40 seconds of film were cut to reduce the original NC-17 rating to an R).

After seeing a rough cut of the film, Burt Reynolds regretted making it and fired his agent for recommending the role to him. Reynolds ended up winning a Golden Globe and being nominated for an Academy Award for his performance.

At the end of the movie Dirk is standing in front of a mirror. Suddenly he unzips his pants and exposes his rather large organ. It is a prosthetic device made from rubber. This prop was kept by Mark Wahlberg as a souvenir from the film. It was made from an easily biodegradable rubber and foam combination which, according to Wahlberg, has since already begun to deteriorate. 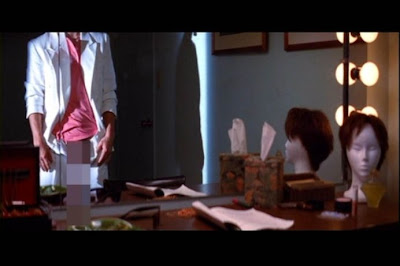